The 83rd annual Maryland Horse Breeders Association Yearling Show is coming up this Sunday, June 25 starting at 10:00am at the Maryland State Fairgrounds. The event has nearly a century of incredible history, and it’s the perfect place to see Maryland horse racing’s future stars! 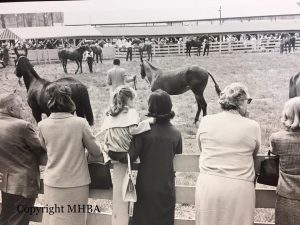 Eclipse Award and classic-winning trainer Dale Romans will be the judge. He won the 2011 Preakness Stakes with Shackleford and upset American Pharoah in the 2015 Travers Stakes with Keen Ice. Learn more here.

The Sagamore Racing team has four colts entered, including a colt out of Roadtohanna and half sibling to last year’s Grand Champion! We are also showing Chubby Star‘s half-brother. Debbie and Paco have been working hard grooming the colts and practicing their walking and standing to prepare them for the MHBA 2017 Annual Yearling Show. 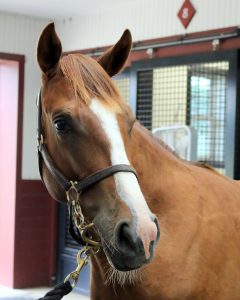 Last year Roadtohanna ’15, now Southampton Way, won Class IV and Grand Champion! She is by Into Mischief. Trainer John Servis selected Southampton Way who was one of 115 yearlings to compete in last year’s show, the largest number to be judged since 2004. Read more from Blood-Horse here.

In 2013, Sagamore won Class IV and Champion with Findaway, a 2012 Macho Uno filly out of Dicey DJ. 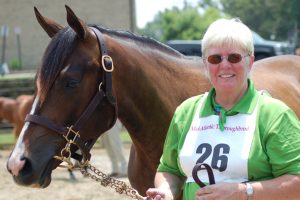