Something In The Water

Sitting by itself in a field on the Sagamore Farm property is a little house that could be mistaken by those who pass it for living quarters, or just a small building to store farm equipment in. But the house actually has more history behind it than visitors know from just observing it.

The Spring House at Sagamore Farm was built in 1909 by Charles A. Councilman, a trustee at the University of Maryland Agricultural College. Councilman studied the limestone water that flowed through the Spring House and the subsequent effect it had on different plants.

One of the benefits of limestone water is its large amount of calcium, which is used to filter out impurities found in spring water like iron. For Sagamore Spirit, using this water is a unique factor in the vision of the brand and also a nod to the veteran distillers in the state who had used the same kind of water before them.

“Sagamore Spirit uses the unique spring water that bubbles up from the aquifer to cut all their whiskies to proof,” said Rachel Fontana, the director of strategic communications at Sagamore Spirit. “Sagamore uses less than 1% of the annual flow of the spring. Being good stewards of the land is incredibly important.”

Fontana also said the water in the Spring House remains at 54 degrees Fahrenheit year-round. The Spring House was used to chill milk bottles at one point in time as well because of its steady temperature.

Inside the house is a platform small enough to fit people inside to see the water sitting calm and collected right below them. Outside, however, visitors can participate in a tradition of ‘planking’ at the Spring House, which is where they lay in a planking position on some rocks and drink some of the water as it flows from the house. 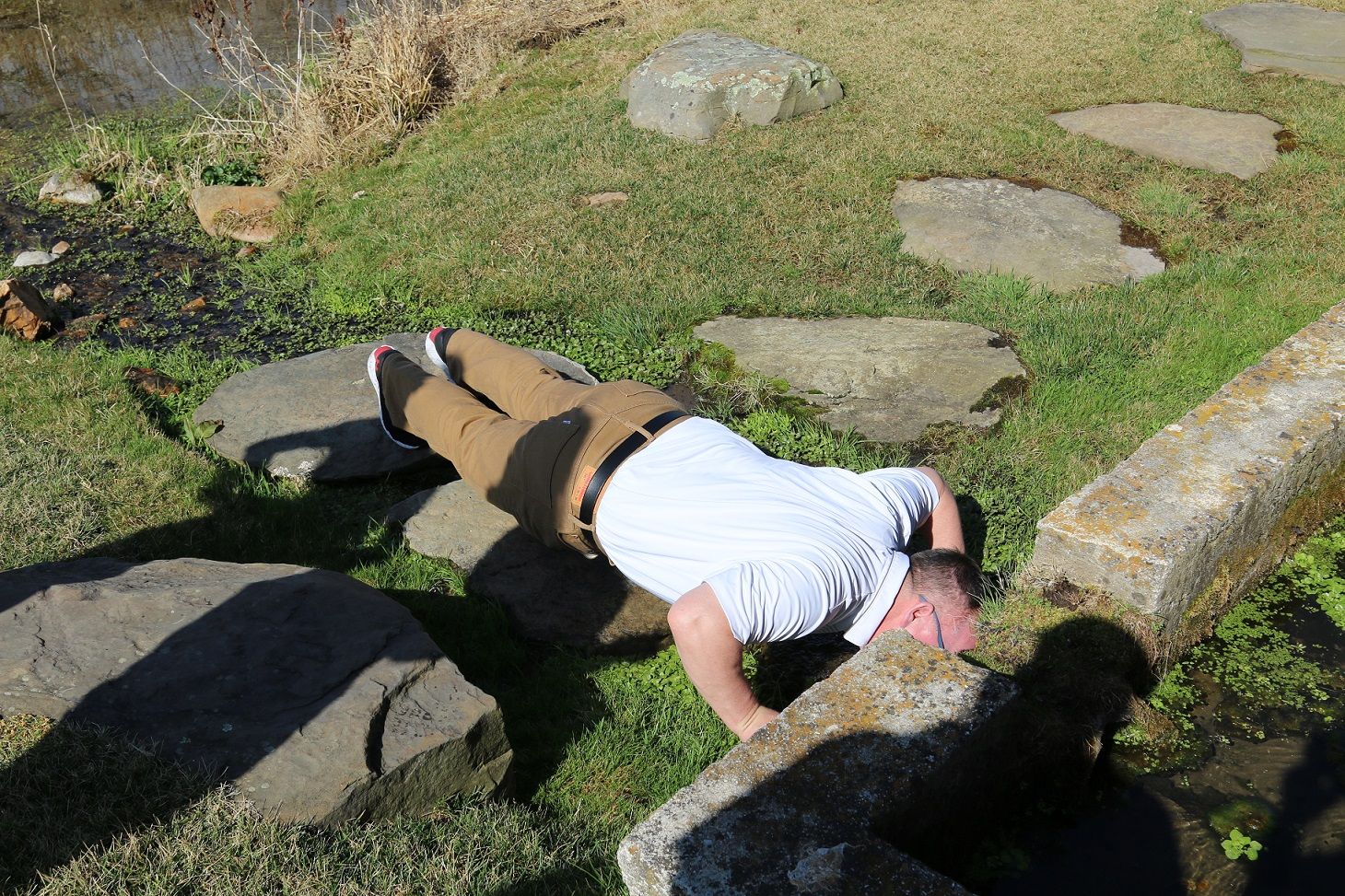 In addition to using the water from the Spring House, Sagamore Spirit will also begin using parts of the land at Sagamore Farm to grow corn for making its rye whiskey, something Fontana said will soon be completely sourced from the farm.

“This beautiful place will remain an incredibly important part of our story and our brand, and will now serve as a shared value proposition to our business,” she said.

While Sagamore Spirit is moving some of its production to parts of the farm, that does not mean the horses are going anywhere, as the farm will continue to be a home for Sagamore’s retired racehorses.

Hunter Rankin, the president of the farm, said it’s bittersweet that the horse racing activities at Sagamore have been halted, but he said he’s proud of what his team has accomplished in his five-year tenure at the farm and they’re excited to support the new direction it is heading in.

“The bones of the place are going to remain the same,” Rankin said. “It’s just that there’s going to be a few different things growing on the property and that’s to support a greater mission.”