What an exciting weekend for the Sagamore Racing team! We had two homebreds make their first career start and both crossed the wire first at Laurel Park!

3YO homebred filly Dictate Cool (Curlin –Walkwithapurpose) kicked off the weekend with a win in Race 3 at Laurel Park on Saturday, January 13!
Watch the replay HERE. 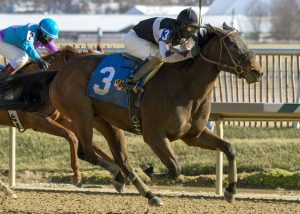 3YO homebred colt Global Citizen (To Honor and Serve – Tizthen) also took the W with a career debut in Race 7 on Sunday, January 14!
Watch the replay HERE. 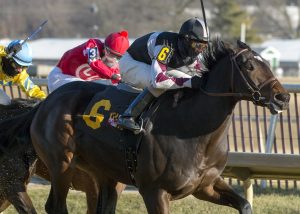 The Racing Biz was there to talk to assistant trainer Lazaro Cruz and Jockey Steve Hamilton after each race: 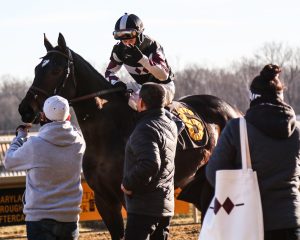 “It’s definitely a pleasure” to ride for DePaz, Hamilton said. “Horacio (DePaz) and Lazaro (Cruz), they really do a great job. When one of them’s not around, the other one’s right there. They’re very on top of their game.”
Jockey Steve Hamilton (The Racing Biz)