The Sagamore team is looking forward to a thrilling weekend at Saratoga followed by Equestricon, a first and only of its kind premiere horse racing lifestyle event designed to celebrate the sport of racing with its fans. Buy your tickets here.

Our homebreds 2YO filly Proportionality (Discreet Cat – All Mettle) and 2YO filly Southampton Way (Into Mischief – Roadtohanna) will both be running in the G2 Adirondack Stakes at Saratoga on Saturday, August 12. Post time is 2:44pm and you can view all entries here. 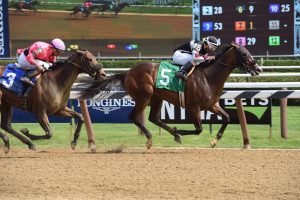 Barry Lee is a TDN Rising Star after winning by 6 1/2 lengths in his incredible career debut at Laurel Park. Watch the replay here. 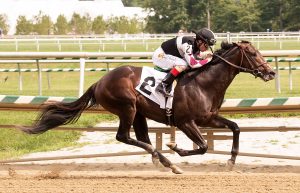 2YO filly Drops and Buckets (Lemon Drop Kid – On Demand) will make his debut in Race 3 at Laurel Park on Friday, August 11. Post time is 2:10pm and you can view all entries here.

3YO colt Happy Farm (Ghostzapper – Gospel Girl) is running at Saratoga on Monday, August 14 in Race 3 at 2:06pm and you can view all entries here.

Sagamore Racing in the News