What a weekend for Sagamore Racing! Out of 5 horses that raced on October 8 and 9, 4 horses won and 1 finished 2nd.

Miss Temple City by Temple City out of Glittering Tax now looks to the Breeders’ Cup after an incredible win at Keeneland. The first filly to do so in 22 years, she beat the boys in the Grade 1 Shadwell Turf Mile Stakes. Watch the replay here. 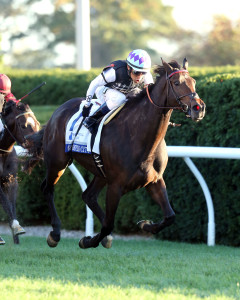 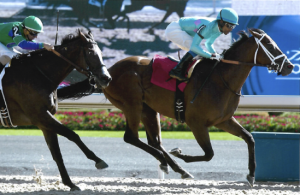 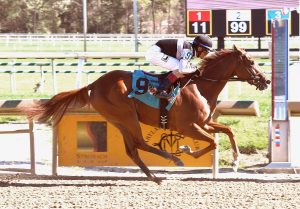 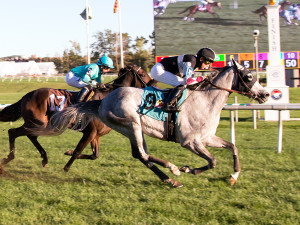 At Sagamore Farm, we ended the weekend in celebration and Shared Account certainly earned extra treats after her daughter Riley’s Choice won during just her second career start! Photos are courtesy of Debbie, our Broodmare Manager: