Our Valentine’s Day baby was born on February 14, 2017 at 4:45am. She is by Uncle Mo out of Walkwithapurpose and full of love.

Uncle Mo went undefeated in his 2YO season in 2010 winning the Grey Goose Breeders’ Cup Juvenile at Churchill Downs, Champagne Stakes at Belmont Park, and Maiden Special Weight at Saratoga. As a record breaking Champion Freshman sire in 2015, arguably the most successful ever, his first-crop (3YO’s of 2016), includes Kentucky Derby winner Nyquist.

This is WWAP’s third foal! She has a 2YO filly by Curlin and a yearling colt by Into Mischief. WWAP made her mark in 2012 and 2013, going undefeated at Laurel Park and winning multiple stakes races including the Maryland Juvenile Filly Championship.  She was named Maryland-bred 3YO Champion Filly of the Year in 2013. 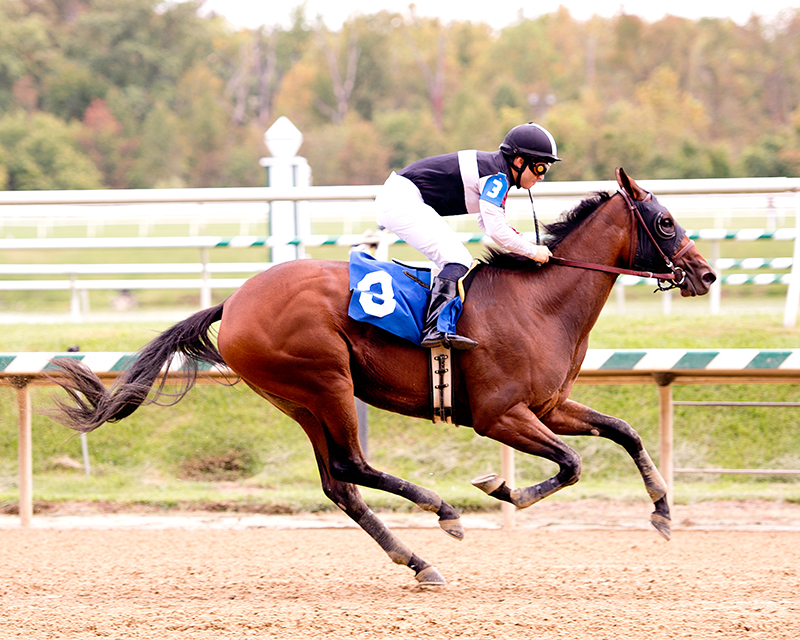