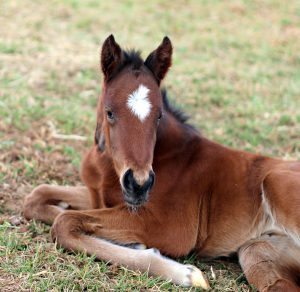 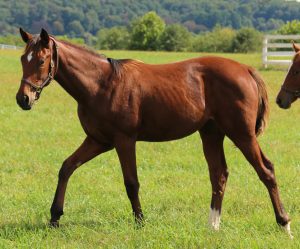 Naive Enough ’17 is growing up fast! Naive Enough gave birth to her second foal, a filly by Ghostzapper, on February 4 of this past year, making her the second foal of the season. 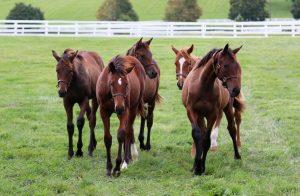 Debbie, Sagamore Farm broodmare manager, describes Naive Enough ’17 (second from the left in photo) as being very outgoing and the leader of the pack.

Ghostzapper had an incredible racing career. During his 4YO racing career, he was named Eclipse Champion Horse of the Year and Champion Older Male. He won the Breeders’ Cup Classic wire-to-wire in record speed.

Naive Enough was sired by champion winner Street Sense (out of Light From Above) in Kentucky, and was purchased by Sagamore as a yearling. 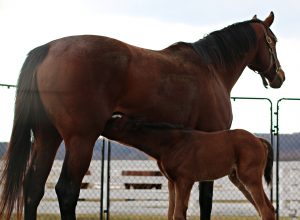 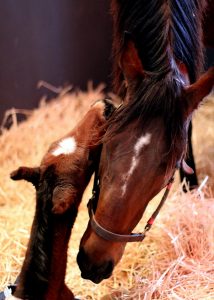 Naive Enough ’17 has grown into a beautiful 600 lb weanling who takes after her mom. Naive Enough is known for her height and size here at Sagamore Farm. The  Sagamore team can’t wait to see what is in store for her in the coming years!