This weekend, the country’s most accomplished 3-year-old  thoroughbred racehorses will compete to become the 142nd winner of the Kentucky Derby, American horse racing’s most gloried prize. And, as usual, the lineup will include horses with utterly head-scratching names.

For example: Danzing Candy and Suddenbreakingnews.

Such mystifying names, however, are not inspired by mere whimsy. There is a highly regulated, fairly complicated and deeply — perhaps strangely, to outsiders — rooted method to the moniker.

It starts with the Jockey Club, the  thoroughbred racing organization that keeps records, funds research, maintains the American Stud Book — and has extremely specific guidelines for naming thoroughbred racehorses.

A name can’t be longer than 18 letters, nor can it consist purely of initials or numbers. The word “horse” isn’t allowed; in America, you can’t name a horse Horsey McHorseface, as some Australians recently did. Try to name a horse after a racetrack and the club will ask for a do-over; try to name one after a living person and it will demand written permission. Names in foreign languages must be translated. The club nixes offensive or vulgar names — usually, anyway. Same for overtly commercial ones: Hunter Rankin, the farm president of Sagamore Racing in Reisterstown, Md., said the name Moneyball was on the table once, but the Jockey Club said no.

But there’s more. Owners can’t re-use the name of a racehorse that’s in the Hall of Fame, has been voted Horse of the Year or has for some other reason been deemed good enough by the Jockey Club to have permanent rights to its name.

This can evolve. For example, a horse named War Emblem was born in 1933; Man o’ War was his damsire — his mother’s father. He wasn’t a particularly impressive athlete, though, so when another foal was born from a sire named War Gleam in 1966, he was named War Emblem, too. Then, in 1999, a foal out of Our Emblem with a damsire named Lord At War became the third War Emblem. That War Emblem — a fire-tempered front-runner — went on to win the Kentucky Derby and Preakness in 2002. Now, the Jockey Club has designated that name with a P, for permanent. It can’t be used again.

Choosing a winner (or at least a winning name)

So, given all of these parameters, how do people come up with horse names? Those foaled at historic Claiborne Farm, in Kentucky, often have strong, one-syllable names, such as Swale, Blame and Roar.

More traditionally, owners often recall the sire or dam in a foal’s name. In the “D” category of the Jockey Club’s list of available names, there’s Danzigs Ghost, Danzig’s Edge and Danzig Reality, all waiting for horses whose bloodlines hark back to the great sire Danzig. Danzing Candy, the 2016 Derby contender, is among his descendants.

“I like the story behind the naming of Sunday Silence, the 1989 Kentucky Derby winner,” Jockey Club registrar Rick Bailey said in an e-mail. “Someone from outside the industry sent a list of names to some Kentucky farms including Stone Farm of Arthur B. Hancock III. Sunday Silence was one of the listed names. The story is Mr. Hancock remembered a song favorite, ‘Sunday Mornin’ Coming Down.’ When Hancock realized the horse’s parents’ names were Halo and Wishing Well, Bailey said, “Sunday Silence was a perfect fit.”

Some farms outsource the naming job by holding contests. That’s how 2015 Triple Crown winner American Pharoah got his name. At Sagamore, the staff received more than 1,000 ideas for names for a single foal, Rankin said. Finalists, selected through a bracket system on Facebook, were Order to Cash, Raise the Colors and Tunnel Vision. The winner was Break the Mold.

But most of Sagamore’s horses are named at home. The farm’s owner, Kevin Plank, is the chief executive of UnderArmour, and many of the horses’ names have athletic inspiration. For example, Rankin said, farm workers strive to keep the facility looking sharp all the time, a state they call “recruiting ready.” Those two words became one horse’s name. 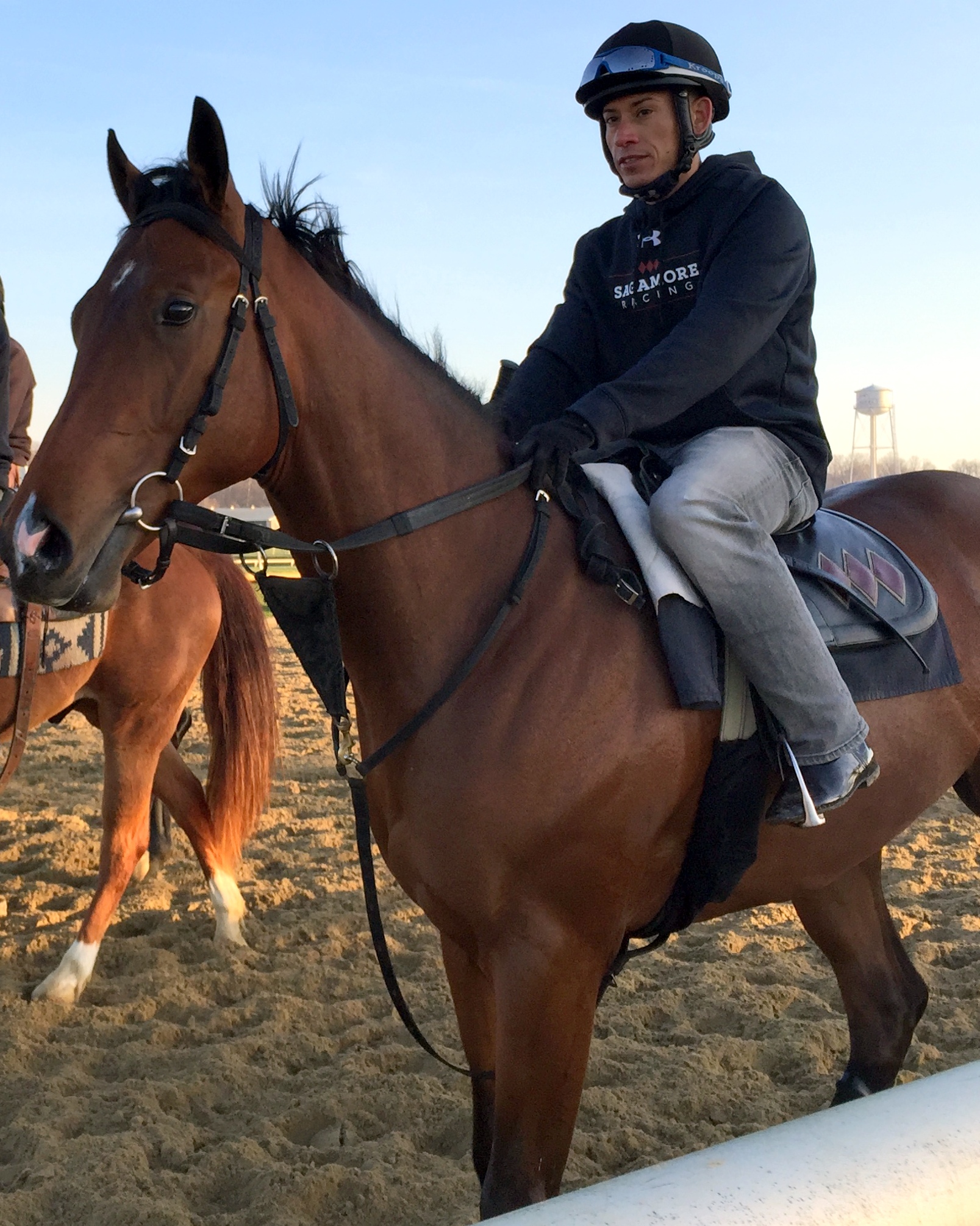 Other times, Rankin said, “We come up with a whiteboard list, and then we try to match the name of the horse to their personality or lineage. We have a filly called Bring Me Answers, and her mother is a mare named On Demand.” 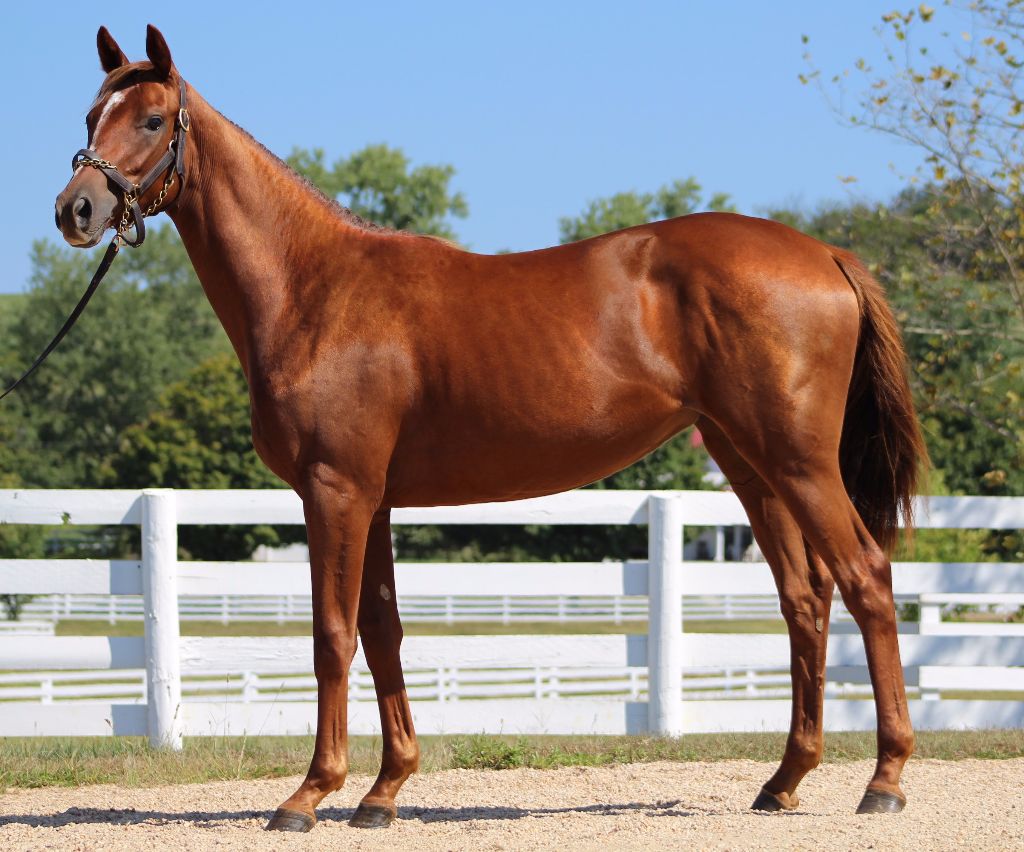 Where did contender Suddenbreakingnews get his name? His owner just liked it.

How about the longshot contender Whitmore? The horse was named for a high school friend of part-owner and trainer Ron Moquett. “When I got this horse, I decided that he was a freak athlete and he looked like everything he did was easy and he was good at it,” Moquett told the Thoroughbred Daily News. “I thought to myself, that reminds me of Wilbur Whitmore.”

Once they choose a name, owners need to make sure it’s available. Most send them to the Jockey Club through its website or from a naming app. In-house software compares the similarities of submissions against the 366,000 names that are active or protected.

In this election year, Bailey said, names have included Fuel the Bern, My Trump Card and Odds on Hillary. In three years, one of them might be running in the Kentucky Derby. Only time will tell whether the Jockey Club ever puts that P next to the name.

Eliza McGraw is a Washington writer. She is the author of “Here Comes Exterminator!” which is about the 1918 Kentucky Derby winner.