Sagamore Racing enters Preakness Weekend with six horses running in stakes races. Coming off a second place finish in the Grade 3 Appalachian Stakes at Keeneland on April 12, Miss Temple City will get the weekend started for Sagamore on Black-Eyed Susan Day in the Hilltop Stakes. On Saturday, Happy My Way will aim to become the first back-to-back winner of the Grade 3 Maryland Sprint Handicap. 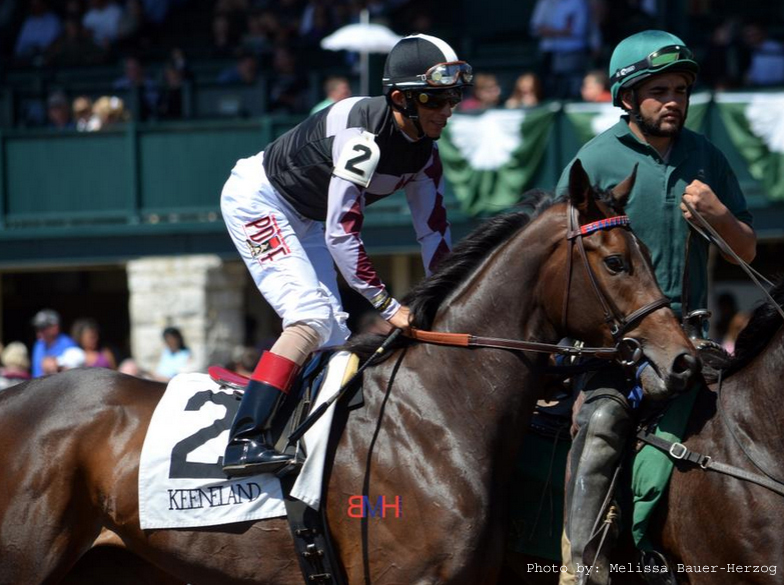 Miss Temple City enters the Hilltop Stakes following a second place finish in the Grade 3 Appalachian Stakes behind Lady Eli, one of the top ranked 3-year-old fillies in the world. This will be her fifth career start, and first time racing at Pimlico.

The Hilltop Stakes is named after Pimlico’s nickname “Old Hilltop,” in recognition of the infield hill prominent for viewing races. The hill was leveled in 1938.

Making her 2015 debut, Charm City Girl will take on ten other fillies and mares in an Allowance on Black-Eyed Susan Day. She last raced on June 19, 2014 at Monmouth Park, finishing second in the Desert Vixen Stakes. The Sagamore Farm homebred is seeking her second career victory in her seventh career start. This will be her third time racing at Pimlico. 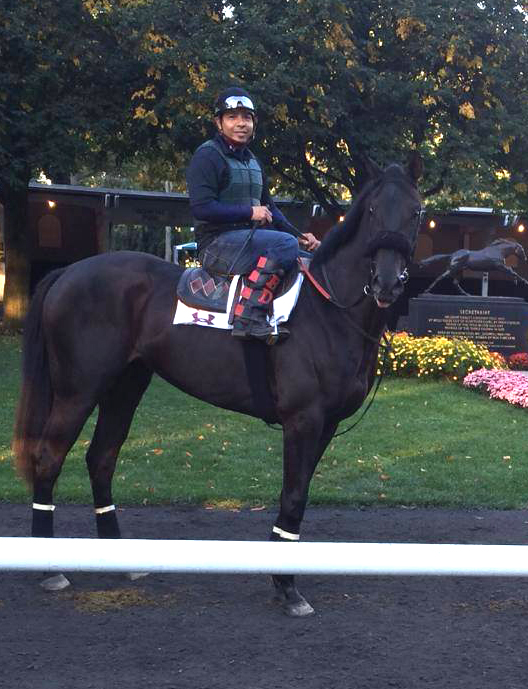 Two horses will be donning the Sagamore Racing silks in the 50th running James W. Murphy Stakes, Sagamore Farm homebred, All I Karabout and a new addition to the lineup, Commute. All I Karabout returns to Maryland after back-to-back second place efforts at Gulfstream Park. Commute, owned in partnership with Gabe Grossberg, comes to the East Coast for the first time after starting all four of his career races at Santa Anita Park in Arcadia, Calif.

Sagamore Racing’s Humble and Hungry finished second in this race in 2011. The race is named after trainer, James W. “Jimmy” Murphy who based much of his career in Maryland, saddled nearly 1,400 winners for earnings of more than $24 million.

Winner of the 2014 Maryland Sprint Handicap, Happy My Way will try to become the race’s first repeat winner. He enters the race after finishing second in the Grade 3 Gulfstream Park Sprint Stakes on February 21. Owned in partnership with Mel Paikoff, the 5-year-old will be seeking his seventh career win.

Sagamore Farm homebred, Tizgale enters The Very One Stakes after a third place finish in the Sunset Stakes at Gulfstream Park on April 12. This will be her second year in a row competing in The Very One, and her third career race at Pimlico. Tizgale was the winning name in Sagamore’s inaugural naming contest which featured online submissions from fans.

The race is named after, The Very One who became one of the best race-mares in training during the 1970s and early 1980s. She won 22 races from 70 starts, placed in 20 others and earned $1,030,120. She began her career in claiming races and graduated to stakes company with notable victories in the Grade 2 Dixie Handicap at Pimlico over males and Grade 1 Santa Barbara Handicap in California.

Entered in the Grade 2 Longines Dixie Stakes is another recent addition to the Sagamore Racing team, War Correspondent. Co-owned with Eclipse Thoroughbred Partners, he is entering the Dixie coming off a win in the Grade 3 Appleton Stakes at Gulfstream Park on March 28.

The Dixie is Pimlico’s first stakes race and dates back to 1870, known then as the Dinner Party Stakes. The first running was won by Preakness. Loser Weeper won the race in 1950 under Alfred G. Vanderbilt, Jr., and is buried at Sagamore Farm. Sagamore Racing’s Humble and Hungry hit the board with a second place finish in 2012.

For updates throughout the weekend, follow Sagamore Racing on Twitter @SagamoreRacing.  Use hashtag #SagamoreRacing to participate in the conversation on social media.