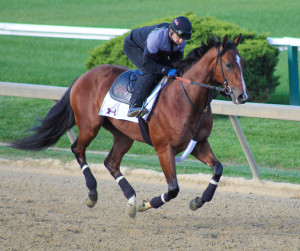 Hallandale Beach, Fl. – On Saturday, December 20, Two year-old colt How You ran a solid race to place third in the seventh race at Gulfstream Park in Hallandale Beach, Florida.  In his first career start for Sagamore Racing, How You was led by jockey Joe Bravo, and settled near the back of the field early in the race.   He picked up his stride after the final turn though, and moved up in the pack, finding a spot just behind the front runners. How You kept his kick until the finish and placed third, 1 1/4th lengths behind the winner, Reconfigure.

View the recap of the race HERE.