Glyndon, Md. – In a 2016 campaign marked by two Grade 1 victories over male opponents, Sagamore Racing, Allen Rosenblum and The Club Racing, LLC’s Miss Temple City continued on her historic year proving why she was the favorite in today’s $300,000 Grade 1 Matriarch Stakes at Del Mar Racetrack. Today’s win marks the filly’s third Grade 1 victory on the year and first amongst female opponents. 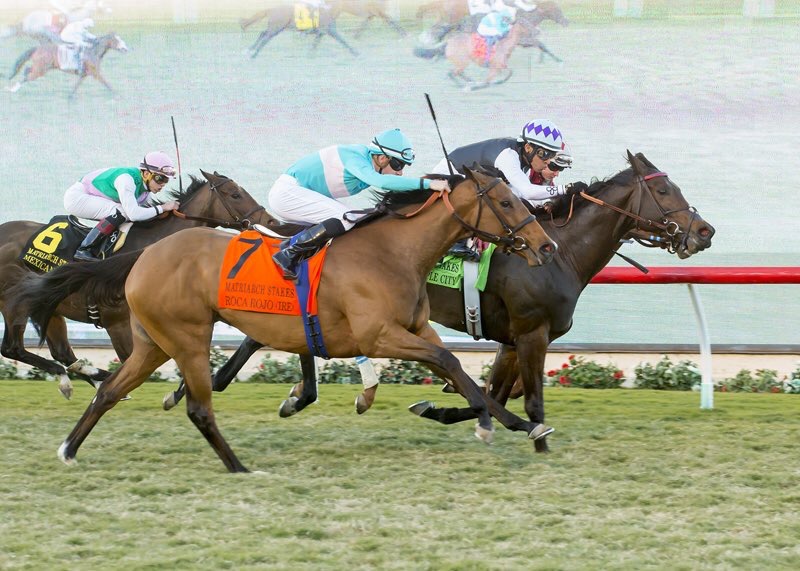 “We are running out of great things to say about her. Miss Temple City is a very special horse,” said Hunter Rankin, president of Sagamore Racing. “She’s the ultimate competitor and incredibly talented. We’re just lucky to be a part of the team. Edgar rode her beautifully, Graham has done a wonderful job training her and the ownership team is second to none.

Trained by Fair Hill, Maryland-based Graham Motion and ridden by jockey Edgar Prado, the four-year-old filly by Temple City, out of Glittering Tax, by Artax was the 3-2 choice competing alongside numerous graded-stakes winners, including Ireland’s Roca Rojo (5-2 choice), and the Kentucky-bred Zindaya (2-1 choice).

Slotted in the No. 12 post against 11 other mares and fillies, Miss Temple City shot out of the gates early on, trailing only Stays in Vegas and Zindaya. Heading into the final furlong, Prado motioned Miss Temple City to make her final push to edge past the competition for the win.