Glyndon, Md. – With a Breeders’ Cup berth at stake, Sagamore Racing, Allen Rosenblum and The Club Racing, LLC’s Miss Temple City built upon her already historical 2016 campaign by becoming the first filly in 22 years to win the 31st running of the $1,000,000 Grade 1 Shadwell Turf Mile Stakes at Keeneland Racecourse in Lexington, Kentucky. Miss Temple City’s last victory came by way of the Grade 1 Maker’s 46 Mile Stakes – the first filly to ever win the race. 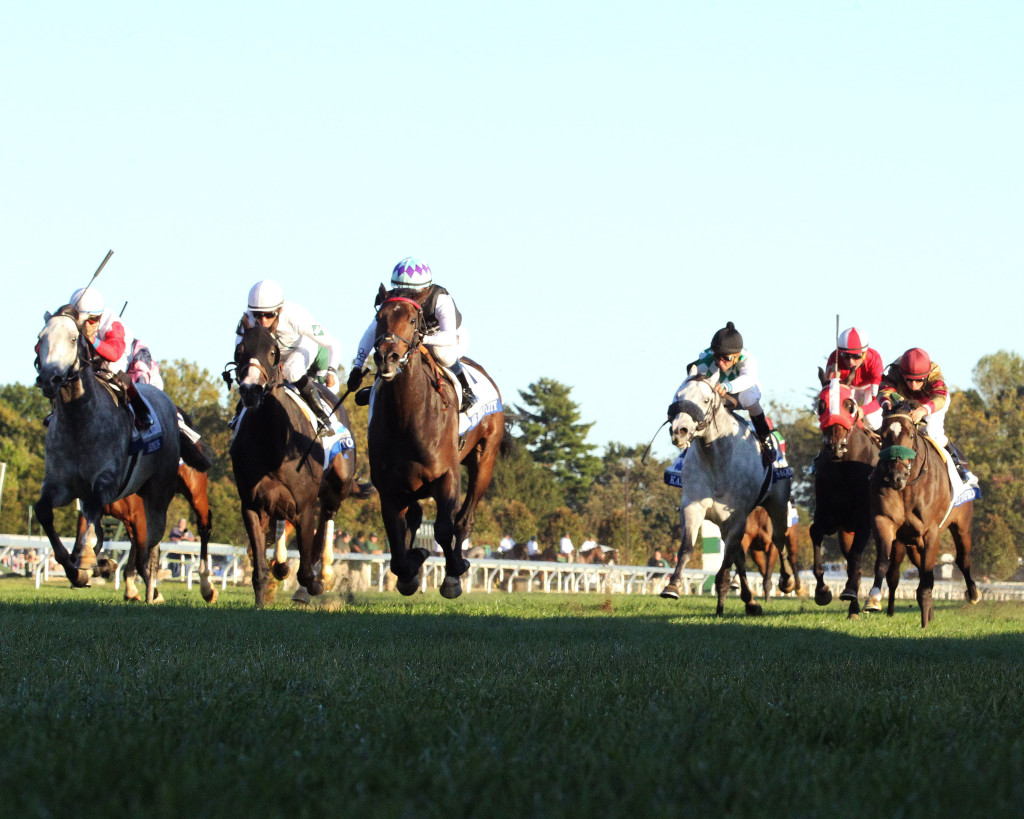 “This is 100 percent about the filly Miss Temple City,” said Hunter Rankin, president of Sagamore Racing. “We’ve believed for a long time that she is an elite horse and she proved it again today. This is a true team effort with Graham Motion, Edgar Prado, The Club Racing, LLC and Allen Rosenblum, and we couldn’t be more proud to be associated with these special people.”

Trained by Fair Hill, Maryland-based Graham Motion and ridden by jockey Edgar Prado, the four-year-old filly by Temple City, out of Glittering Tax, by Artax was the 6-1 choice competing against 10 other male rivals, including Motion’s Ring Weekend.

Amidst a crowded field of seasoned colts, Miss Temple City jumped out of the No. 7 post, keeping to the outside where she kept pace just behind Pleuven. Heading into the final furlong, Prado guided Miss Temple City into the lead where she fought off a late push from the favorite, Ironicus, to finish in a time of 1:37. To date, Miss Temple City posts a 14-5-3-2 career record.