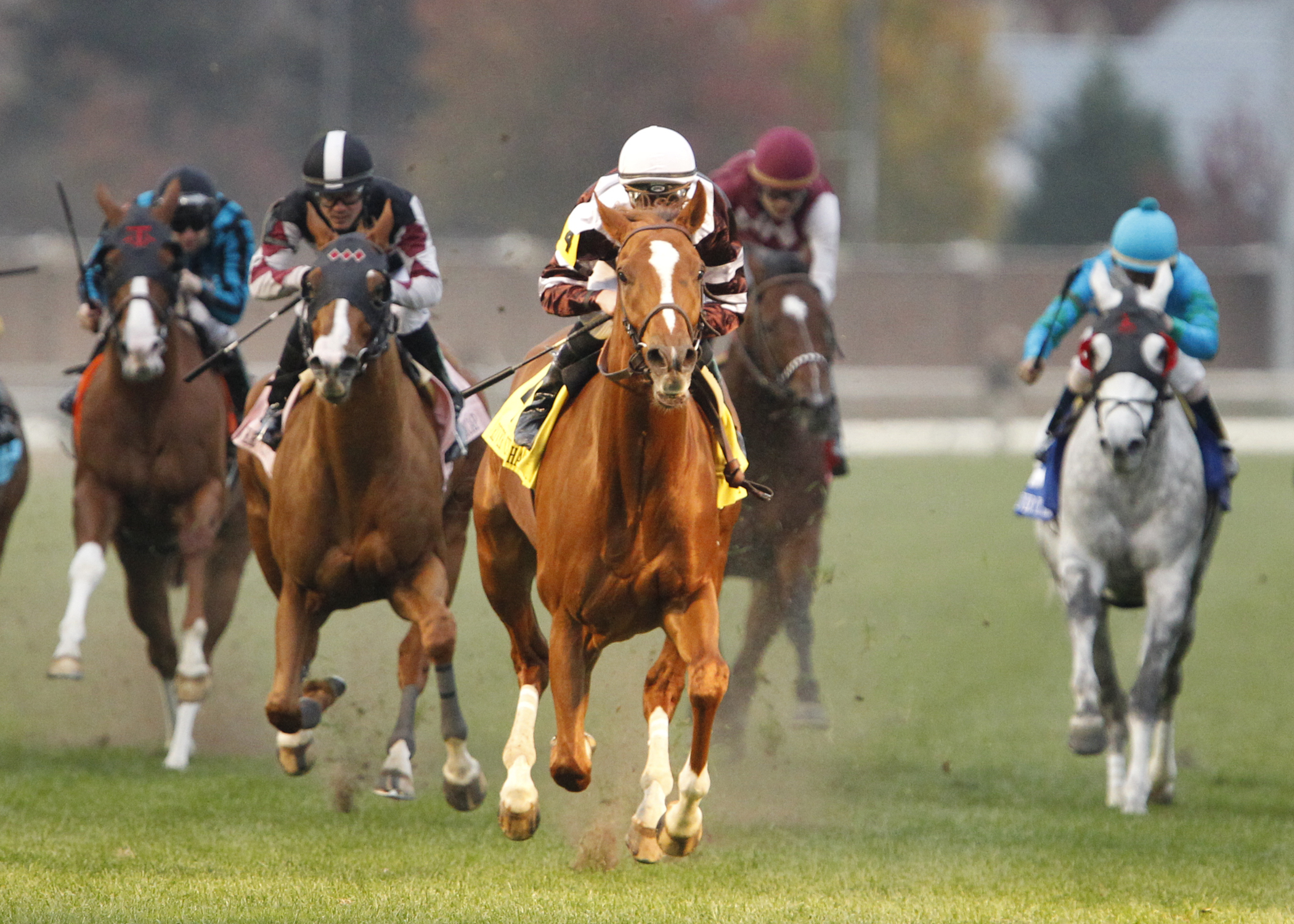 Louisville, Ky. – Sagamore’s four-year-old homebred, Hamp, ran huge in the 37th running of the $114,000 Grade III River City Handicap at Churchill Downs. Coming from 10 lengths behind, he charged home under jockey, Javier Santiago, to finish second behind the winner, Villandry, by 2 ¾ lengths. Hamp entered the race as a 37-1 outsider, returning $23 and $13.60.  The race replay can be watched HERE.

Trainer, Ignacio Correas, IV said after the race, “I was expecting something like that. He was training very, very good. He has a very particular style: he comes from dead-last or really close to that. So we needed a little speed. But he didn’t surprise me. I’m very happy. He’s such a nice horse and great to be around. We’re really proud of him.”

Hamp has hit the board in three stakes races this year. In April, he won the Henry S. Clark Stakes at Pimlico.