And we’re off! With Triple Crown season approaching, Fast Horses, Slow Whiskey turns its attention to the track. We catch up with legendary Hall of Fame Jockey Chris McCarron on Arrogate, the Dubai World Cup and more. The winning name in the Sagamore Racing Thoroughbred horse naming contest is revealed and we talk to the lucky winner about her entry! And with March Madness coming to close, we talk to NCAA basketball coach and horse racing enthusiast Jimmy Patsos.

A retired American Thoroughbred horse racing Hall of Fame jockey, Chris McCarron won nine Breeders’ Cup races, including five Breeders’ Cup Classics, and rode six winners in the U.S. Triple Crown Races. McCarron rode many of the best horses of his era, including John Henry, Alysheba, Precisionist, Lady’s Secret, Sunday Silence, Paseana, Tiznow, Touch Gold, Go for Gin and Alphabet Soup.  In 1989, he was inducted into the National Museum of Racing and Hall of Fame. After twenty-eight years in racing he retired in June 2002. McCarron finished as thoroughbred racing’s all-time leader in purse earnings with more than $264 million in winnings. 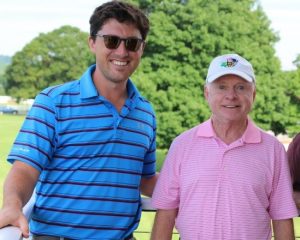 Jimmy Patsos is the head men’s basketball coach at Siena College. This season, his 14th as a Division I head coach, he recorded his 200th win.  It took less than a year for Jimmy Patsos to reenergize Siena’s men’s basketball program and invigorate its fanbase. And in his first three seasons at the helm, Patsos piloted the Saints to a pair of 20-win campaigns and national postseason tournament appearances. Patsos came to Siena after nine transformative years at Loyola University Maryland. He led Loyola to a school-record 24 wins and a MAAC Championship in 2011-12, and the following season the Greyhounds went 23-12 and advanced to the quarterfinals of the CollegeInsider.com Postseason Tournament (CIT). The two-year run marked the first back-to-back 20-win seasons in Loyola’s Division I history. 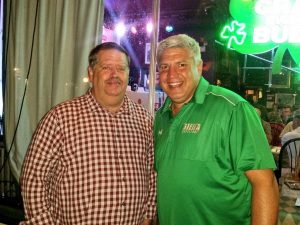