In this episode, Churchill Downs CEO Bill Carstanjen joins the show to discuss the state of the horse racing industry and continued success of the Kentucky Derby! Hunter Rankin is joined by guest host Tom Geddes, CEO of Plank Industries, who shares perspective on Sagamore’s investment in Maryland.

William “Bill” C. Carstanjen was named Churchill Down Incorporated’s 12th CEO in August 2014 after serving as CDI’s President and Chief Operating Officer (2011 – 2014), CDI’s Chief Operating Officer (2008-2011) and as Executive Vice President, General Counsel and Chief Development Officer for the Company (2005-2008). Carstanjen brings a wealth of experience and knowledge to his leadership role at CDI. Throughout his tenure, Carstanjen has led CDI’s diversification strategy into online wagering on thoroughbred racing via TwinSpires.com and into regional casino gaming, as well as helped lead the growth of the Kentucky Oaks and Kentucky Derby events. 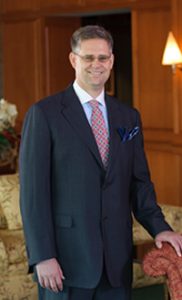 Tom Geddes is CEO of Plank Industries where he manages the growth of Kevin Plank’s real estate, horse racing and whiskey distilling businesses. In this episode he gives an insider’s perspective on Kevin Plank’s investment in the city of Baltimore, and why Sagamore Farm is the cornerstone of Plank Industries’ entrepreneurial spirit and growth. Geddes, a native of England, worked in education, nonprofits and wealth management before founding Plank’s company in 2012. 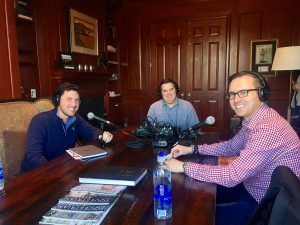 Listeners can expect bi-weekly episodes of Fast Horses, Slow Whiskey featuring guests from the racing and whiskey industries, sports community and beyond!